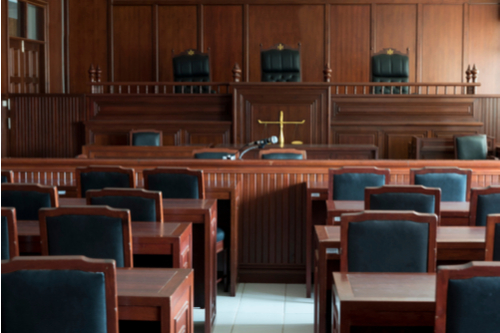 If you or a loved one has been arrested for a crime in New York State, the criminal process can be a treacherous journey to take on your own. Aside from the potential punishments you may face if convicted of a crime, the New York Criminal Procedure Law (CPL) can feel overwhelming and debilitating in its own right.

For the past five weeks, The Law Offices of Michael H. Ricca has been providing an in-depth look into the New York State criminal case procedures, starting with the arrest. Today, we would like to discuss suppression hearings in-depth and how they can affect the outcome of your criminal trial.

The pre-trial discovery phase often leads to the defense team’s decision to file various motions on the defendant’s behalf. Often, this includes Motions to Suppress Evidence. A much more expansive list is included in Part 5. These motions often result in one of several different types of pre-trial hearings.

If you would like to learn more about the steps leading up to the pre-trial suppression hearings, please visit our previous parts in this nine part series. This includes Part 1: The Stop and Arrest, Part 2: The Arraignment, Part 3: The Preliminary Hearing or Grand Jury Proceedings, and Part 4: Appearances and Plea Negotiations.

When a pre-trial motion is filed, a hearing may be required before the judge feels able to make an informed, unbiased ruling. The sole purpose of a pre-trial suppression hearing is to determine whether certain pieces of evidence will be able to be presented during your trial.

The purpose of a Dunaway hearing is to determine whether your arrest was legal. Dunaway hearings are always held in conjunction with Huntley, Mapp or Wade hearings. Why? If the physical evidence, statements, or identification were not legal, then the defense may be able to argue that the arrest itself was not legal as well.

Mapp hearings are those that deal with the legality of physical evidence that may have been seized during an illegal search. If you have been accused of a crime and law enforcement searches you or your property without a properly obtained search warrant, your defense attorney may argue that anything that was obtained from this search was illegally gained. If the judge agrees with this assessment, any physical evidence that was obtained in this manner will be excluded from the trial and, therefore, not presented.

Wade hearings address the identification evidence being used to accuse you of a crime. In many cases, line-ups or photo line-ups are used as a means of helping a witness to identify a suspect. While these line-ups are legal, there are ways in which they can be considered illegal. Suggestive line-ups, coached identifications, and other such means of persuading a witness to identify a specifically targeted suspect are illegal. For example, if a witness believed they saw a six-foot, dark haired, and highly tattooed Caucasian running from the scene of a theft with a bag under their arm, law enforcement will take their statement and assemble a line-up. If the line-up includes one individual who meets the description and five additional people all under five and a half feet, with blond hair and lacking tattoos, a false identification may be made.

Not all pre-trial hearings are held in front of a judge, so do not be alarmed if your pre-trial hearing is heard by a Judicial Hearing Office (JHO), who will take the testimony presented at a pre-trial hearing. This is often due to the intense caseloads being worked through the New York court system at any given time. The JHO will hear the testimony and make a report to the judge based on the factual findings and legal conclusions presented by the motion. The judge will review the report, motion hearing record, and any other evidence presented during the proceeding. The judge will make the ultimate decision to grant or deny the motion.

Both the United States Constitution and that of New York State assert your right to a fair trial. If you have been accused of a crime, illegally obtained evidence, identifications, and statements can significantly damage that right.

Suppression hearings help your defense attorney to protect your right to a fair trial. In fact, they are the defense team’s best way to have evidence thrown out. In doing so, they may be able to diminish, if not destroy, the criminal case against you in New York State. Having a lawyer who is experienced and knowledgeable in criminal defense is an essential component of your trial. When it comes to recognizing and challenging evidence, identifications, statements and, ultimately, the legality of your actual arrest – having an experienced lawyer is extremely important. By hiring The Law Offices of Michael H. Ricca P.C., you are working with the best criminal defense attorney in Nassau County.

In many cases, the various pre-trial activities and hearings can seem to prolong the process. However, each pre-trial motion and hearing is important to the validity of your criminal case. With each piece of evidence gained through discovery, and every part that gets thrown out through a motion or suppression hearing, your defense attorney is able to reduce the amount of evidence that may be used against you during the next phase of the criminal case process, the trial. Even if your defense attorney is not successful in having any evidence suppressed, these hearings have bought your defense team more time to construct their own trial presentation to refute the evidence collected during discovery.

If you would like to learn more about the criminal case process in New York State, join us next week as we delve into Part 7: The Trial. If you or a loved one has been arrested, contact our attorneys at The Law Offices of Michael H. Ricca, P.C. at (516) 500-1647 once you are able to do so for your free telephone consultation or visit us online at www.NassauCountyTrafficLawyer.com and complete our legal consultation form.