The Criminal Case In A Nut Shell: A 9 Part Series, Part 9: Appeals 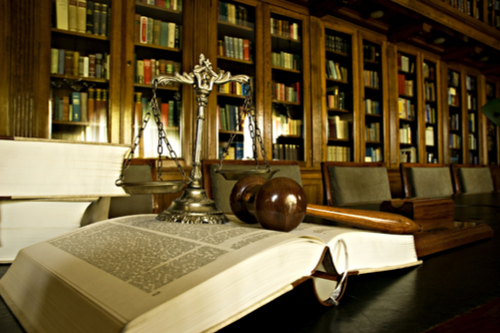 Today, we will go over the appeals process in New York State. While this is the last part of our nine part series, we encourage you to contact The Law Offices of Michael H. Ricca P.C. if you have any questions regarding charges you or a loved one may be facing.

In our previous post, Part 8: Sentencing, we reviewed the sentencing phase of the New York State criminal case process. While we talked about all the possible sentences you may receive in response to your conviction, the incarceration potentials are perhaps the hardest to deal with.

If you are interested in learning more about the criminal case process, visit any of our previous posts in the Criminal Case In A Nut Shell series. These include Part 1: The Stop and Arrest, Part 2: The Arraignment, Part 3: The Preliminary Hearing of Grand Jury Proceedings, Part 4: Appearances and Plea Negotiations, Part 5: Pre-Trial Discovery and Motion Practice, Part 6: Suppression Hearings, Part 7: The Trial and Part 8: Sentencing.)

What Is An Appeal?

An appeal is a request made to an appellate court or appellate division. An appeal acts as a request for a review of the trial or motions that were filed in association with it for any errors that may have affected the outcome of the case.

If you would like to appeal your conviction, you must file a notice of appeal within 30 days of your sentencing. It is important to note that your defense attorney is not required to submit a notice of appeal. However, if you request they file an appeal on your behalf, they will.

There are two reasons for which an appeal can be requested. These are:

Before you file an appeal, however, you must first determine which court to file the request. This can often be discouraging. The help of a reputable and experienced criminal defense lawyer is highly recommended if you are going to pursue an appeal.

It is important to remember that New York has a somewhat limited appeals process. If your appeal is unsuccessful at the County Court level, the next option is to submit an appeals request to the New York State Court of Appeals. However, the Court of Appeals is not required to hear your appeal and may refuse to review your case. In fact, they are more likely to deny your request for a second appeal. After that, the only option available to you would be the United States Supreme Court. The United States Supreme Court is extremely busy. The only reason they will consider reviewing your case is if the individual who has been convicted believes their federal constitutional rights were violated at some point throughout their criminal trial. As such, the United States Supreme Court rarely hears appeals cases.

At the end of the appeals process, the appellate court will hand down one of three responses. These are:

When an appellate court rules on a case, the prosecution is allowed to appeal that decision. Known as a “People’s Appeal,” this may result in the reinstatement of your charges. If this occurs, your case may be re-tried in the trial court. However, if you are acquitted of the charges during your trial, the prosecution cannot appeal this ruling.

Do Not File An Appeal Alone!

The appeals process can be just as intense as your trial. Because it is so hard to get a secondary appeal, it is extremely important that you work with an experienced criminal defense attorney on your arguments. For many, New York only offers a single appeal. The results of that appeal will affect the rest of your life after being convicted of a crime.

The Law Offices of Michael H. Ricca P.C is known for their experience, reputation, and legal prowess. From your arrest and arraignment to the trial and sentencing phases, we are by your side. If you would like to file an appeal, our law offices are ready to help you fight your conviction whether you were previously represented by us or another attorney.

While we hope this nine part series on the New York criminal case process has provided you with many of the key basics, you should never attempt to fight a criminal charge without representation. A criminal conviction can have a devastating effect on you and those you love. Unlike a public defender, an investment in a private criminal defense attorney is an investment in your own future and freedom.