The Criminal Case In A Nut Shell: A 9 Part Series, Part 8: Sentencing 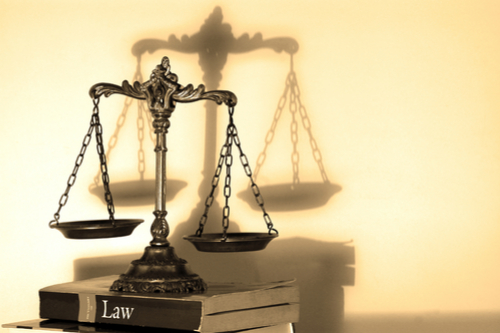 In our last post, Part 7: The Trial, we discussed how a criminal trial works in New York State. This included everything from deciding to have a judge or jury trial to the post-trial motions and proceedings. This pivotal moment is the culmination of all the preceding components of a criminal case. For more information on the events leading up to a criminal trial, visit Part 1: The Stop and Arrest, Part 2: The Arraignment, Part 3: The Preliminary Hearing of Grand Jury Proceedings, Part 4: Appearances and Plea Negotiations, Part 5: Pre-Trial Discovery and Motion Practice, and Part 6: Suppression Hearings.)

If you were convicted of all or some of the criminal charges against you, you will be sentenced in accordance with the law.

If you are facing a felony conviction, the Department of Probation is required to prepare a pre-sentence report before you can be sentenced for your conviction. The purpose of this report is to inform the judge about several factors that may influence or mitigate the final sentence. This includes:

In support of their views, both the defense and prosecution are also permitted to provide the judge with pre-sentence memos.

If you have been convicted of a felony, New York State allows your victims, or their families, to address the court. These impact statements give the victims or their families the chance to demonstrate how the crime has affected their lives.

In general, the defense is given the opportunity to question the victim after they have given their impact statement. The defense may also request an adjournment. This gives them time to submit a written rebuttal. They may also submit written questions to the judge. If the judge approves, they may forward the questions to the victim for response. However, the judge can also decide not to ask the questions submitted by the defense. If the judge does this, they must include their reasoning in the court record.

Victims may decide to forego the impact statement. If they do so, the court will consider this a waiver of their right to make the statement.

After the victim impact statement is given or waived, it is time for the judge to pass down the sentence. Depending on the charges, your prior criminal record, the circumstances of the crime, and other factors, there are several different types of sentences you may receive.

If the judge sentences you to incarceration, you should be aware of several nuances.

If you or a loved one has been convicted of a crime, the consequences can be devastating. In New York State, a convicted individual has the right to file an appeal. If you would like to learn more about the appeals process, visit our blog next week, where we will explain this topic in depth and conclude our nine part series on the New York State criminal case process.