The Criminal Case In A Nut Shell: A 9 Part Series, Part 4: Appearances and Plea Negotiations 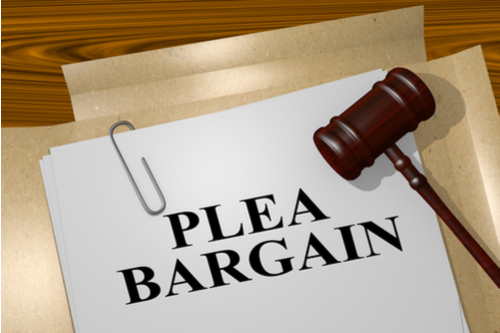 If you or a loved one has been arrested or charged with a crime, the judicial process can be overwhelming and heartbreaking. This is especially true if you have little to no experience with it. To help those who are going through the New York State criminal case system, The Law Offices of Michael H. Ricca P.C. has put together a nine-part series that explains the ins and outs of the entire process.

Throughout your criminal case, there are a number of opportunities for plea negotiations and a number of required appearances. Here, we would like to help educate you on these two important pieces of any criminal case in New York State.

We ended our last segment, Part 3: Preliminary Hearings and Grand Jury Proceedings, by informing you that a grand jury indictment will result in a second arraignment. During the post-indictment arraignment, your charges will be read to you. As with your first arraignment, it is essential that you have a reputable criminal defense lawyer there to represent you. The question of bail will be discussed again during this post-indictment arraignment, so having a family member or friend present can help ensure you have help coordinating a potential bail payment outside of the jail.

If you have been granted bail during the initial arraignment, preliminary hearing, or post-indictment arraignment, you may have been released on your own recognizance, or ROR. If not, you are likely still behind bars. No matter where you are, it is your responsibility to make sure you attend every scheduled appearance.

Regardless of where you are in the criminal case process, you will be notified of the date, time, and location for your next appearance. During your arraignment and post-arraignment, your next appearance may have been given to you while in front of the judge. However, a mailed notification is also sent to your current address. If you have an attorney, which is highly recommended for anyone facing criminal charges, they will also receive a notification of your next scheduled appearance.

Failure to make any of your scheduled appearances can have serious consequences. First and foremost, the judge will issue a bench warrant for your arrest. A bench warrant is an order from the judge that gives police the authority to arrest an individual for charges relating to contempt of court. This bench warrant can be issued immediately, but New York allows for a 30-day grace period. In addition to the bench warrant, you may find yourself facing additional charges, as well as the additional associated consequences of those charges. Possible charges and penalties include:

Why does failing to appear result in a bail jumping charge? When you are granted bail, you agree to several conditions. One of these conditions was that you would make all of your court appearances. For more on bail, see our discussion in  Part 2: The Arraignment.

When you are formerly charged with a crime, you must respond to the charges. There are several types of pleas you can enter.

Your defense attorney will work with you to determine the best way to plea to your charges. If you are likely to be convicted of the crime, your lawyer may advise you to consider a plea bargain.

A plea bargain is an arrangement that is made between both the prosecution and the defense and acceptable by the Court. It is one of the most commonly used tactics for settling a criminal case quickly. In most cases, the prosecution will require a guilty plea in exchange for a favorable sentence.

There are two types of plea bargains permitted by New York State law. These are known as charge bargains and sentence bargains. Charge bargains are those that require a defendant to plead guilty, but in exchange, receive lesser or fewer charges. For example, if you have been charged with murder, the prosecution may agree to a charge bargain where you plead guilty to the lesser charge of manslaughter instead. Sentence bargains, on the other hand, are deals made in respect to your sentence. Often reserved for the most serious cases, sentence bargaining occurs when the prosecution agrees to seek a lesser sentence in exchange for a guilty plea.

Your appearances in court, as well as your plea, are essential to the outcome of a criminal case. Join us next week as we look at the next phase of your criminal case: the pre-trial discovery and motion practice.

If you or a loved one has been arrested, contact our attorneys at The Law Offices of Michael H. Ricca P.C. at (516) 500-1647 once you are able to do so for your free telephone consultation or visit us online at www.NassauCountyTrafficLawyer.com and complete our legal consultation form.