The Criminal Case In A Nut Shell: A 9 Part Series, Part 3: The Preliminary Hearing or Grand Jury Proceedings 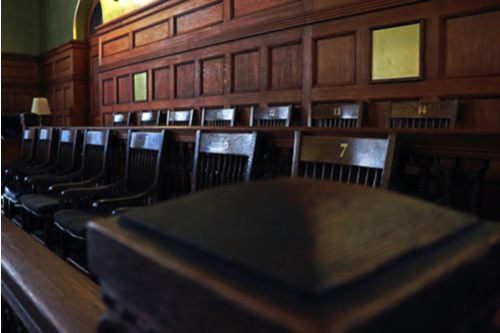 If you or a loved one has been arrested for a crime in New York State, the entire criminal process can feel like a complex whirlwind. The Law Offices of Michael H. Ricca P.C. is here to help explain the full process in a nine-part series. Now we want to focus on the preliminary hearing and grand jury proceedings.

After your arraignment and bail hearing, you will face a preliminary hearing and/or a grand jury proceeding. While these proceedings are both important to your case, they are not your actual trial. Let us take a closer look at the differences between these two proceedings and how they can affect the outcome of your case.

Before we get to that, however, there are a few key words we want to define. The Law Offices of Michael H. Ricca P.C. knows legal jargon can sound formal and like another language altogether – so it is important to understand what certain words mean.

Both a preliminary hearing and a grand jury proceeding are meant to do the same thing. They are part of the New York State criminal case process because they are both geared towards determining whether the prosecution has enough evidence to indict an individual on criminal charges.

During a preliminary hearing, both the prosecution and defense will appear before a judge. During this hearing, both sides will present evidence in support of their case. This does not mean that there is enough evidence to convict you of a crime. During a preliminary hearing, the prosecution needs to demonstrate that there is enough probable cause that may result in your conviction and the court feels the case is ready to proceed.

The preliminary hearing is held in a local criminal court and often lasts up to three hours. A preliminary hearing is a right under New York State law and must occur within 120 hours of your arrest. If a weekend of legal holiday falls within that 120-hour period, this timeframe can be stretched to 144 hours.

Perhaps the most important reason to have a preliminary hearing is that it is one of the few chances the defense has to gain pre-trial evidence. While the prosecution will likely introduce as little evidence and witness testimony as possible, it is still a means of gauging how developed their case is. You will also have an opportunity to testify at a preliminary hearing, however, many defense attorneys will recommend you remain silent at this point. Any testimony given during a court hearing, including your own and that of any experts or witnesses, can be recalled later.

In New York State, you also have the right to waive the preliminary hearing. In many cases, a defense attorney may recommend this. This typically occurs if the prosecution has made a favorable plea bargain that requires you to waive this hearing.

There are three potential outcomes of a preliminary hearing. These include:

It is important to note that, in the State of New York, the judge may feel that there is enough evidence for the grand jury to indict, but that bail may be permissible. However, if you have been convicted of two previous felonies or are being charged with a Class A felony, bail will not be permitted and you will remain behind bars while awaiting your grand jury proceeding.

The grand jury proceeding is mandatory and automatic, but can be waived if the defense files to do so. Both the Fifth Amendment of the United States Constitution and the New York State Constitution under Article 1, Section 6 recognize how important this step is to an individual’s right to a fair trial.

If you do happen to learn of a grand jury probe, you may request to appear as a witness. Your defense attorney may attend only this portion of the proceeding. They may not ask questions, raise objections, or address members of the grand jury in any way.

As with the preliminary hearing, the grand jury will conclude with one of three outcomes. Potential outcomes include:

If the grand jury has decided there is enough evidence to indict you, you will be arraigned for a second time. This is known as a post-indictment arraignment. You may be wondering why you need to be arraigned for a second time. When you are formally charged with a felony offense, your case is no longer under the jurisdiction of your local court. Your post-indictment arraignment will occur in the County Court of the Criminal Term of the Supreme Court, as they will now have jurisdiction. Again, a potential bail situation will be assessed. The prosecution may also offer a plea bargain at this time.

Join us next week for Part 4: Appearances and Plea Negotiations to learn more about the criminal case process in New York State as told from an experienced Nassau County criminal defense attorney. If you or a loved one has been arrested, contact our attorneys at The Law Offices of Michael H. Ricca P.C. at (516) 500-1647 once you are able to do so for your free telephone consultation or visit us online at www.NassauCountyTrafficLawyer.com and complete our legal consultation form.