The Criminal Case In A Nut Shell: A 9 Part Series, Part 2: The Arraignment 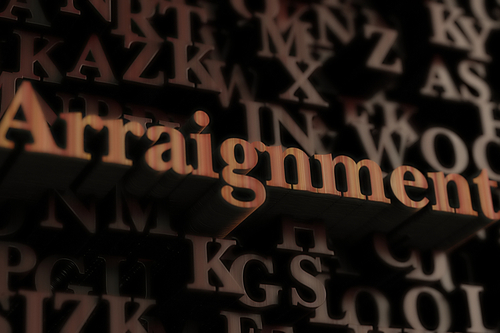 So you or a loved one have been arrested and are going to be charged with a crime.  You may be wondering what comes next in the criminal case process and the answer is the arraignment. The Law Offices of Michael H. Ricca P.C. is here to ease the burden on you during this difficult time, along with guiding you through the criminal case process, now moving from the arrest phase to the arraignment phase.

You may be wondering what exactly an arraignment is.  An arraignment is when you are formally told of the charges that are being brought against you and it is the first time in the criminal process that you will appear before a judge.  At your arraignment you have the right to be represented by an attorney and to enter a plea as to the charges against you, either guilty or not guilty.   During an arraignment, no witnesses are called, no testimony is given, and no evidence is presented.  An arraignment is simply a time for you to enter your plea as to your innocence or guilt and for the judge to decide as to whether bail will be set and if so, the amount of the bail.

If you plead not guilty, depending on the severity of the nature of the charges brought against you, the judge will hear arguments from both the attorney for New York State as well as your attorney with respect to bail.  In addition to the severity of the charges, the judge may also consider any prior criminal history, any ties (or lack thereof) to the community, as well as means to flee.  If the judge considers you to be a flight risk, you may be requested to turn over your passport to the custody of the court for the duration of your case.

The judge may decide to release you on your own recognizance, known as ROR.  If this is the case, then you are free until your next court date.  It is expected that while you are out on ROR that you will stay out of any further trouble as well as show up to every court date that is set.  If you do not return to court when instructed to do so, the judge may issue a warrant for your arrest.

Rather than granting ROR, a judge may decide that bail should be set in your case. Bail can be in the form of money or property that you provide to the court as a promise that you will continue to return for every court date that is set as well as stay out of any further trouble. The amount of the bail is determined by the judge.  The judge’s decision can be influenced by the severity of the criminal charges brought against you, the request made by the attorney for New York State, as well as your attorney’s arguments, including whether the amount of bail being requested by New York State is too much that will cause you undue hardship or is too high for you to be able to meet the demand. Once your criminal case is over, your bail is returned to you, however, if you are found guilty a portion of the bail may not be returned.  If you have posted bail and do not return to court when instructed to do so, in addition to having a warrant out for your arrest you may forfeit your bail. If the police detain you, your bail may be revoked, and you can be sent to jail for the duration of your criminal case.

There may be a situation in which you may be either unable to pay the bail that is set by the judge or the judge denies your right to bail due to the severity of the criminal charges against you and other relevant factors.  If that is the case, you will be sent back to jail to await your next court appearance.  You will continue to remain in jail throughout the duration of your case.  It is important to have your attorney present during the arraignment process to help negotiate your bail.

Here are our top three tips for what to do during the arraignment:

If you plead guilty or agree with the attorney from New York State to plead guilty to the charges brought against you at your arraignment, you may be able have your attorney come to a plea agreement. Check back next week for Part 3: The Preliminary Hearing or Grand Jury Proceedings as we continue to help you navigate through the criminal case process and discuss the preliminary hearing and the grand jury proceedings in further detail.

If you or a loved one has been arrested, contact our attorneys at The Law Offices of Michael H. Ricca P.C. at (516) 500-1647 once you are able to do so for your free telephone consultation or visit us online at www.NassauCountyTrafficLawyer.com and complete our legal consultation form.